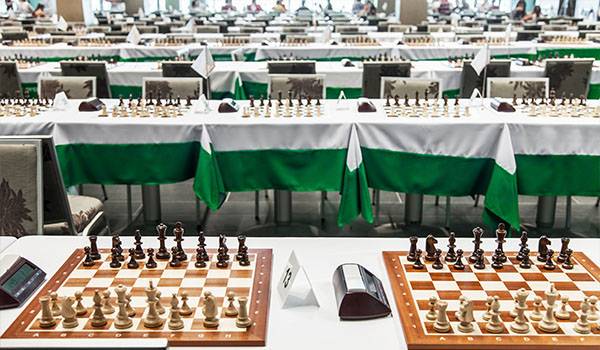 Chess is one of the most popular games in the world. This game attracts a large number of dedicated players and fans, and several chess tournaments are often organized in different parts of the world. For the purpose of glory, thrill, and sometimes even money, these tournaments grow into large events that are held on an international level hosting some of the most brilliant minds in the world.

Entering a scholastic chess tournament can be confusing for the first time, and here is a simple guide to help.

Almost all chess tournaments registration process includes an online or offline application form that you have to fill in and submit. Apart from providing basic details such as your name, gender, grade, email, phone no. etc., you also have to specify whether you are a member of the United States Chess Federation (USCF). All rated tournaments require you to be a member of the USCF.  There are many advantages for members such as you will establish a national rating after the first tournament, you have the option to receiving a Chess Life for Kids magazine which has many chess puzzles, games, news and more, and your own membership card.  First timers need to select the ‘New’ member option while existing members have to provide their USCF id. Names of the registered members are then posted on the relevant website mentioned on the registration form.

All chess tournaments follow the USCF rules that are made available for players beforehand so that there are no violations during the game.  A common rule that is applied is the touch move rule. This means when a player touches a piece, you must move it somewhere as long as you have a legal move.  Also, if you touch a piece that you meant to capture, you must take that piece.  There is another rule that the same hand that moves the piece, you must use the same hand to push the clock.  There is a book of rules by the chess federation that all tournament directors should follow.

When you arrive at the chess tournament, you should check in and make sure the event organizer has all the information needed.  You will then meet and play chess and other games while waiting for the first round to begin and get yourself familiar with the facility.  When the first round is paired, all participants will look at the pairings to see what board they play on and who they are playing, sit down and meet your opponent and listen to any announcements.  When the tournament director says start, shake hands and begin.  Players can always raise their hand if any questions arise during a game and the td will come and solve the issue.  When you have finished the game, both players must come to report the result of the game, then set up the board, and go into the practice room which is also known as the skittles room.  Then they wait for the next round pairings are up and repeat the process.

There are a couple types of byes.  If there is an odd number of players in a section, then one person will receive a full point bye which is just like winning your game without playing.  Players can also request a bye if they cannot play in a particular round, which acts like a draw or 1/2 point.  This is just a brief description of byes.

Time limits are also imposed in most chess tournaments. This will be on the tournament flyer which time control is being used.  Usually, our tournaments have a Game 30 delay 5 control which means each player has 30 minutes each side on the clock for the whole game with a 5-second delay for each move.  That means if a player makes a move in within 5 seconds no time comes off the clock.  This comes in handy especially in the endgame if you are running out of time.

Our tournaments we have trophies and medals for all players.  Look below about some other ones that are not scholastic.

While some chess tournaments are only organized for fun, there are others that are really a big deal. Most tournaments pave the way for a player to join World Chess Championship. It is the world’s most prestigious chess tournament that offers chess players an opportunity to become very famous around the world. Prize money varies with each tournament. The winner of the world chess championship generally gets $1-2 million. There are top events in the championship that offer smaller prizes. Some smaller level tournaments usually have a first prize of about $20,000. However, there are exceptions as well. Every country has its own limit of winning prizes. So what are you waiting for? Sign up for any of our chess classes and start learning today!