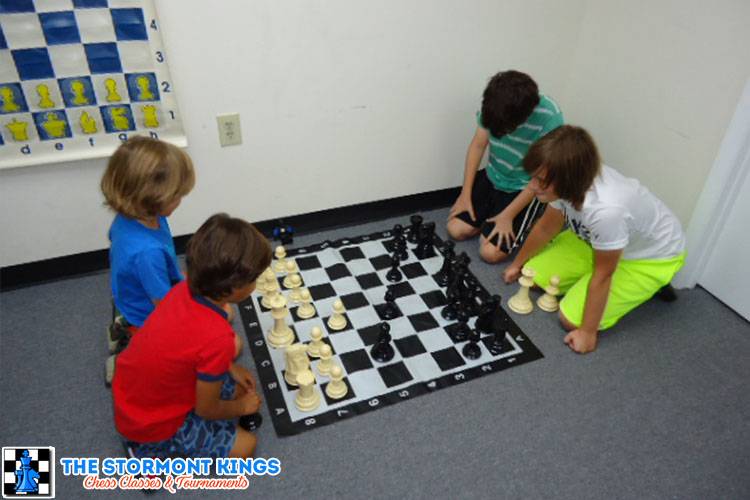 Join us for The Stormont Kings National Chess Day Pizza Chess Festival! There will be free raffles, chess puzzles, chess variations, other board games/activities, pizza & drinks, chess cookies and of course chess play!

Only $25 to participate. Early Bird Rate is 20% Off. Limited Supply and Space is Limited!

The origins of chess are uncertain, but modern chess gained popularity during the Renaissance in Europe.  As complex as the game of chess is from the perspective of a checkered battlefield, it is even more so when considering the nuances of the social underpinnings of privilege, power, trust, rank, and advantage. Each maneuver plays out pawn by pawn, rook, and bishop until the last knight is standing. Until…checkmate!

National Chess Day was declared by President Ford on October 9th, 1976 as part of the nation’s bicentennial celebration. More information can be found on this day due to the work of David Heiser.

For both professionals and amateurs, chess is a game that sharpens the mind, tests human faculties and encourages healthy competition. It has captivated the attention of players and specators world-wide and will continue to do so as long as competition and excellence challenge mankind. ~ President Gerald Ford ~ October 1976

Our founding fathers played chess, including George Washington, Ben Franklin, and Thomas Jefferson. Franklin was exceptionally skilled and wrote one of the earliest books on chess.

This is one holiday not to miss! Come join us for pizza, fun and of course chess!